Thank you to everyone who attended the Doe Show this year. There was a really positive and upbeat atmosphere throughout the event, resulting in our best figures ever, since the show began back in 1960. It was great to see such a wide ranging audience, old and new, young and old!

The company is always looking to drive the business forward, offering new and innovative technology and machinery for its customers and 2018 was no exception. 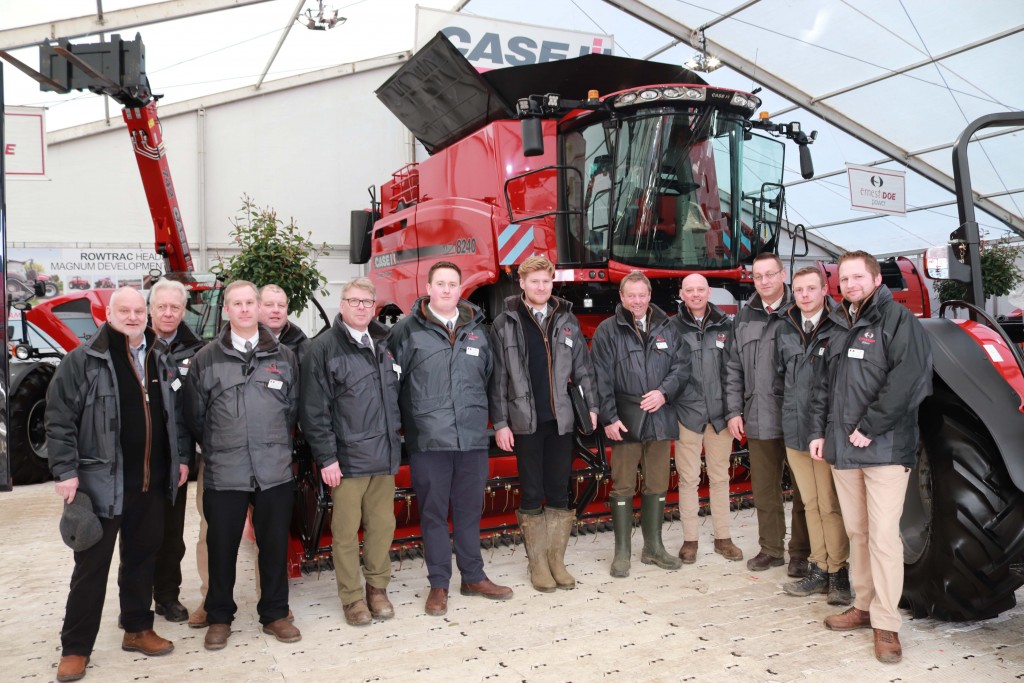 The new Case IH Maxxum Multicontroller with Activedrive 8 transmission, Agritechnica winner of the 2018 Machine of the Year, was a big hit in the Case IH marquee as was the newly launched work wear that Dickies have designed in collaboration with Case IH.

In addition to a high number of exhibitors who have attended the Doe Show for many years, a number of franchises were making their debut appearance at the Doe Show, notably SIP, a newly introduced agricultural grass machinery manufacturer; Atlas Copco, suppliers of compressors and lighting towers and Epiroc, showcasing a range of hydraulic breakers and attachment tools.

The construction zone was extremely busy with a huge range of machinery on display from manufacturers including Hyundai, Thwaites and Bomag. Manitou were presented with the award for best outside stand, displaying a range of handlers including the brand new MLA pivot-steer telehandler which generated a good amount of interest.

The groundcare sector was well represented with a range of professional groundcare from top brands including Ransomes Jacobsen, Weidenmann and Trilo, together with compact tractors and golf buggies. Kawasaki and Yamaha utility vehicles were demonstrated on a special off road track, next to the demonstration field and Stihl and Husqvarna demonstrated chainsaws and other power equipment from their impressive exhibition units.

The weather was unseasonably kind and working demonstrations took place on the demo fields throughout the three days. As always, the ever popular vintage tractors proved to be great crowd pleasers with a Doe Triple D, Doe 130, two Fordson Model Ns and a 1931 Case C Model C put to work. Having retired less than 6 months ago, Paul Wylie couldn’t miss a Doe Show, making a welcome return as a demonstrator driving the 1965 Doe 130.

We hope you enjoyed the event as much as we did and we look forward to seeing you all again for the 59th Doe Show which takes place on 5th, 6th and 7th February 2019!