You are here: Ernest Doe Power / About us / History

The History of Ernest Doe & Sons

Very much a family firm, the company can trace its history back to June 1898 when Ernest Doe took the lease on a blacksmiths shop at Ulting near Maldon Essex. Work in those days consisted mainly of shoeing horses and repairing agricultural implements. 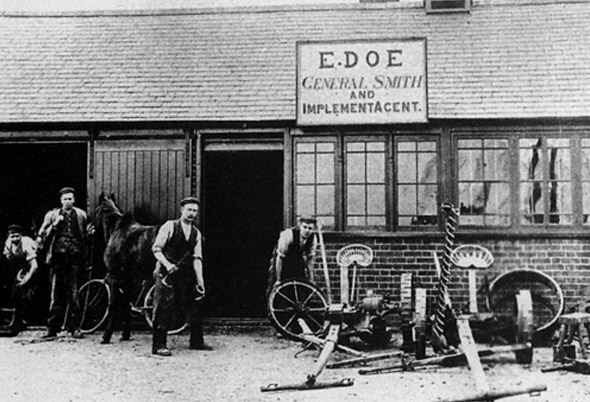 The business prospered and by 1910, Ernest Doe had not only bought the freehold of the blacksmiths, but also the neighbouring farm. By this time Ernest had three sons; Ernest Charles, Hugh and Herbert.

After the war, in 1920 Ernest Charles persuaded his father to buy some of the 6000 tractors which had been sent from the United States to help the war effort. This was the start of the tractor business.

During the 1930s the firm began selling Case tractors and also Ransomes implements. During the Second World War, every possible acre was put to the plough and Ernest Doe & Sons did its part in supplying the tractors to do it in Essex from Fordson, David Brown, Allis Chalmers and Case amongst others. 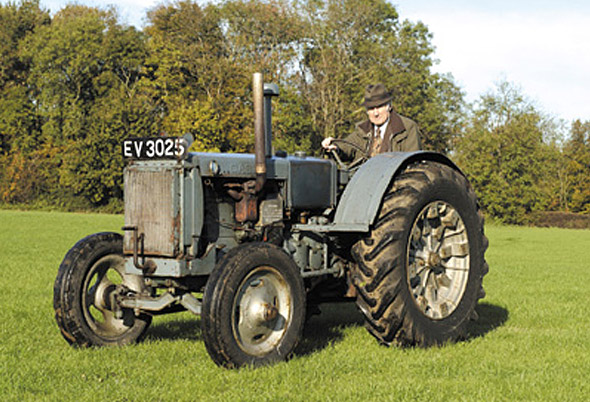 In 1943 the first branches of the company were established. The first at Fyfield near Ongar and the second at Hythe Hill Colchester. By 1947 a further four branches had been opened.

During the 1950s the company was selling the products of several tractor manufacturers, but in 1957 a decision was made to hold a sole franchise – that of the Ford brand.

In the late 1950s, local farmers had been crying out for a more powerful tractor to work the heavy land. In 1959 the company launched its own tractor – the Doe Dual Drive (known affectionately as the Doe Triple D). 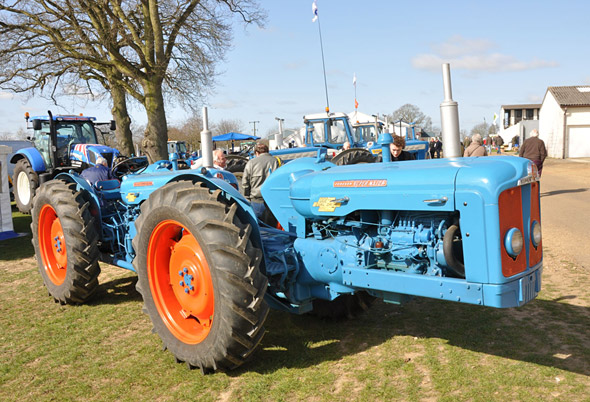 This tractor was a coming together of two Fordson Super Major tractor units, minus their front wheels but with a turntable slung between them. This created a four wheel drive, articulated tractor, which at 100 horsepower, was twice as powerful as most other tractors on the market.

1950s – Diversifing in to Construction

The company diversified into selling and maintaining construction equipment in the 1950s and began distributing the JCB excavator in the south of England in 1959, later becoming distributor for the Ford industrial range in 1965.

The 1950s, 60s and 70s periods saw further development of the company under Ernest Charles and Alan Ernest. The company signed an agreement to become a Ford tractor main dealer in 1956.

The 1970s saw the company beginning to sell garden machinery and new showrooms were built to accommodate these products as well as the many other tools and ironmongery items which the company was selling successfully to farmers, the construction industry and the general public. 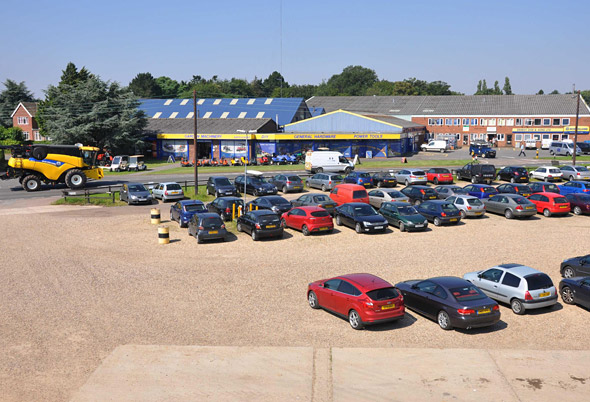 Moving into the 1980s, 1990s and the 2000s, saw Alan Ernest, and his son Colin Ernest driving the company further forward. During this time major expansion has been achieved through the professional grass machinery side of the business where the main franchise is Ransomes Jacobsen. 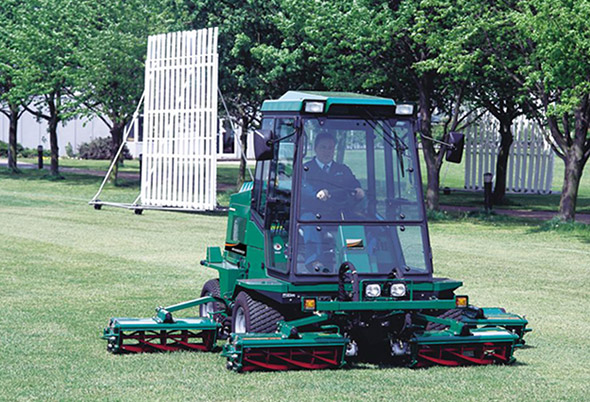 The Ford tractors franchise developed through an association with Fiat into the New Holland tractor and combine franchise of today. The development of Ernest Doe Power and the Case IH franchise began with the purchase of Framlingham Tractors in Suffolk, followed in 2004 with the purchase of Harper & Eede in Sussex. A further development in this area was the creation in 2001 of Ernest Doe Power, a division set up to sell Case IH products at separate locations to the New Holland branches. Case IH and New Holland have a common parent company. 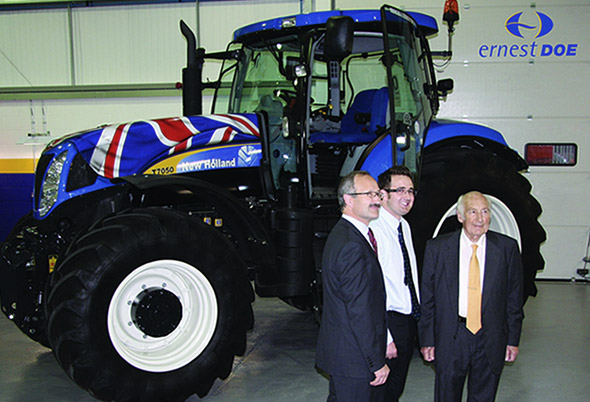 In the last 20 years or so, the company has begun to sell more and more in the way of clothing and footwear. Outdoor country clothing, work wear, safety wear, work and safety boots, wellies and wellingtons are now in constant demand in the company’s showrooms.

The network of branches has expanded in this time to 19 locations. Fourteen of these branches are in East Anglia and five of them are situated south of the River Thames in Surrey, East Sussex and Kent.

Still very much a family firm, the Managing Director is Colin Ernest Doe, and Colin’s son, Angus Ernest is a director of the company and manages its branch at Fyfield near Ongar.